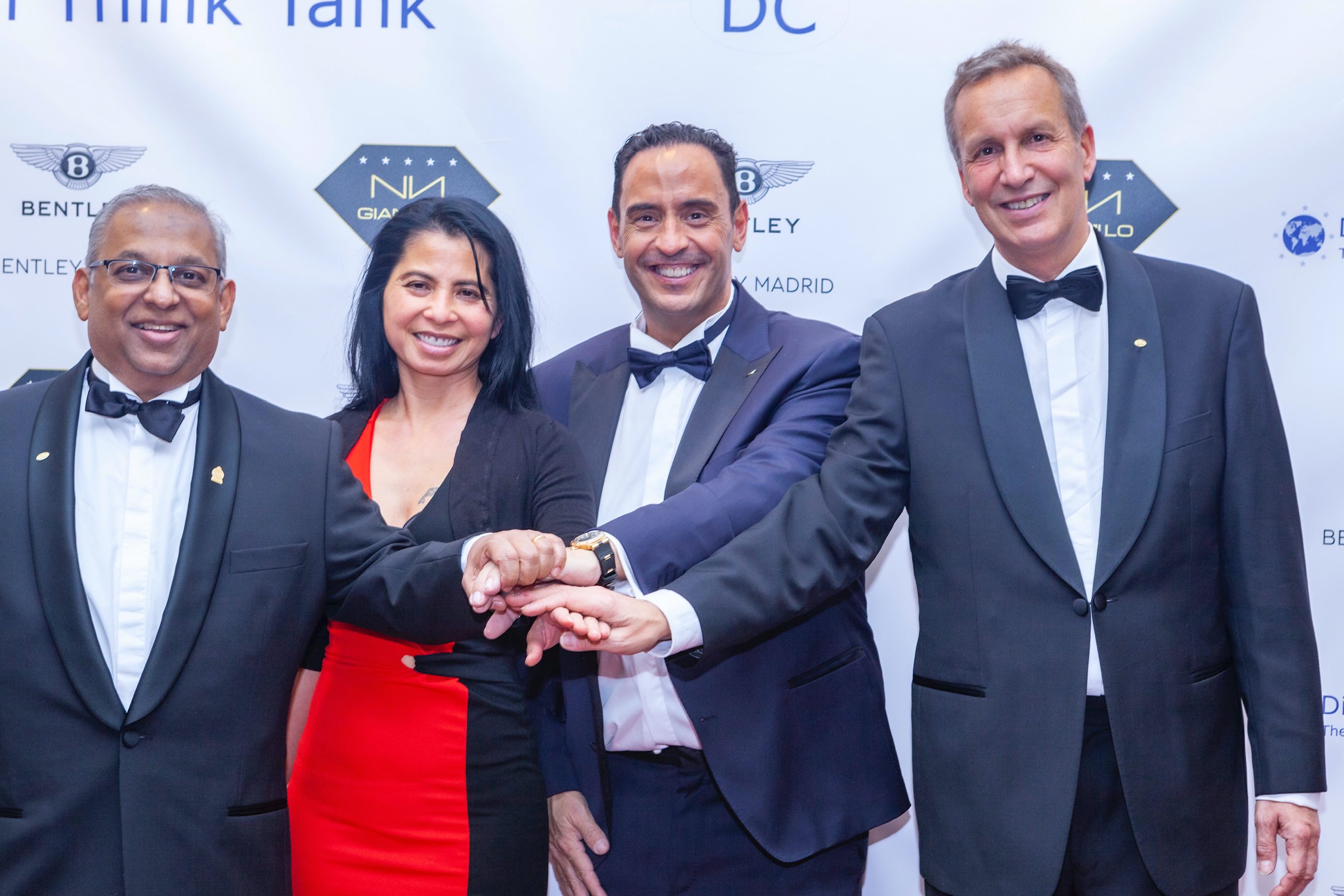 On the 17th day of December, 2019, the 1st edition of the “DIPLOMATIC CHRISTMAS GALA” was held in the Showroom of Bentley Madrid. Organized by Gianni Lo Luxury Ambassadors for the Diplomatic Council Spain and Bentley Madrid, with the presence of its directors, the H.E. Mr. Juan Ignacio Lorente Gonzaléz and Mr. Julio Trenas. It was a great charity event that combined luxury and fashion with the diplomatic world and whose final objective was the fundraising and subsequent delivery of humanitarian aid to the disadvantaged population of children.

It had exceptional godparents, the prestigious and renowned journalists Mrs. Pepa Chacon and Mr. Albert Castillón. The performance was done by the famous actress Miss Lara Dibildos, and the fashion glamour note came from an Agatha Ruiz de la Prada walkway.

In addition to the star performance of Roser's voice, a violin and piano concert was offered by the eight-year-old Youlan Lin.

The event featured the Premium sponsor Hotel Bless, and the invaluable collaborations and donations from different companies, such as The Real Madrid Foundation, with prizes worth more than 10000 Euros.