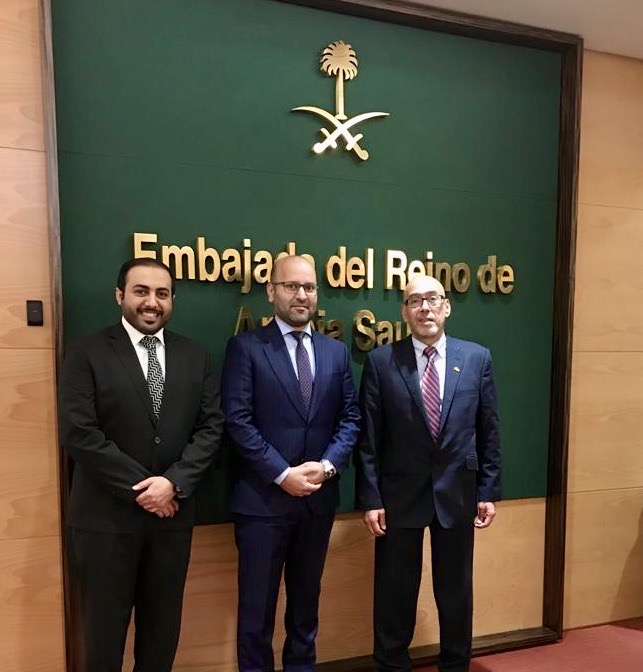 Diplomatic Council headquarters joins Mr. Juan Lorente Gonzalez, Head of Diplomatic Council Spain, in congratulating and showing its appreciation for the Director of Nationals at the embassy of the Kingdom of Saudi Arabia at the Kingdom of Spain, Mr. Fayez Al-Rasheed, for making sure that all Saudi citizens safely returned to their homeland, doing that under optimal conditions ensuring protection and safety.

The embassy did a great job in communicating with their fellow citizens, students and all families working around the clock. All of the above tasks were carried out under the guidance of the Kingdom’s ambassador to Spain, Prince Mansour bin Khalid Al-Farhan.

Al-Rasheed explained that, before the citizens traveled back to Saudi Arabia, they were transferred from all Spanish cities to Madrid to secure housing for them in the best hotels and to provide special vehicles for people with disabilities.

Fayez Al Rasheed also said: “Coordination was made with a hospital to check any person who has a chronic disease such as diabetes and asthma and who suffered from diseases for fear of their health and to provide after-care service even after their return.” He indicated that coordination was done with the Spanish authorities to freely move Saudi citizens when transporting them from remote cities for the sake of their safety.