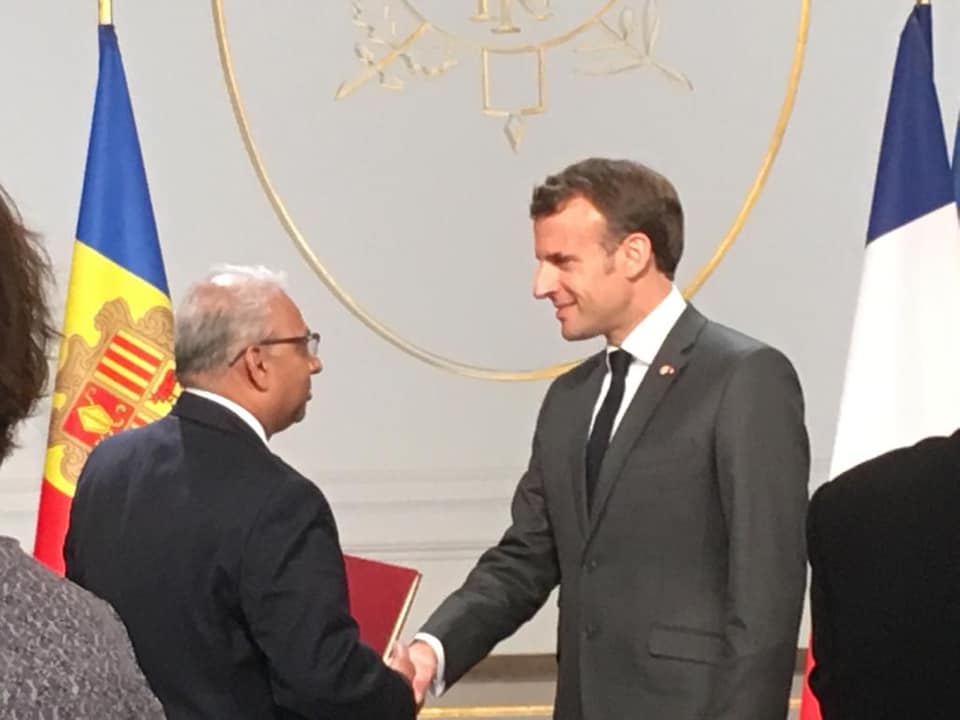 President Macron expressed his gratitude for foreign ambassadors for visiting far corners of France and stimulating French rural economy by connecting them to international markets. Diplomatic Council members will benefit from the new and expanded network.

Many Diplomatic Council members may recall the extensive activities carried out by Ambassador Buddhi Athauda during his assignment in The Hague. Besides being the Sri Lankan ambassador to The Netherlands, he also held the position as Chairman of the Hague Conference for Private International Law, as Chairman of the finance committee of the Permanent Court of Arbitration and as Permanent Representative of the Organization for the Prohibition of Chemical Weapons which was awarded the Nobel Peace Prize. All his activities and his diverse contacts were and are beneficial to the Diplomatic Council members since they strengthen the visions and values of our think tank. Our close and strategic cooperation with the world’s leading diplomatic magazine, the Diplomat Magazine based in The Hague, has its roots in Ambassador Buddhi Athauda`s time in The Hague. Among his many accolades, he was awarded Diplomat Magazine’s Certificate of Merit, in recognition of his many contributions to the diplomatic community in The Hague.

His academic foundation is deep rooted by a Master of Business Administration (Finance M.B.A) and a Bachelor of Business Administration (Finance B.B.A) both of which was obtained at the Radford University, USA. Ambassador Buddhi Athauda spent a considerable number of years in the commercial stratosphere bringing concepts and innovative ideas into fruition in several industries including that of investment banking, accounting and finance, hotel and real-estate, export import trading, telecommunication, mobile, satellite/cable TV whilst championing the overarching philosophy of people and planet.

See the interview with Ambassador Buddhi Athauda about his vision with the Diplomatic Council: