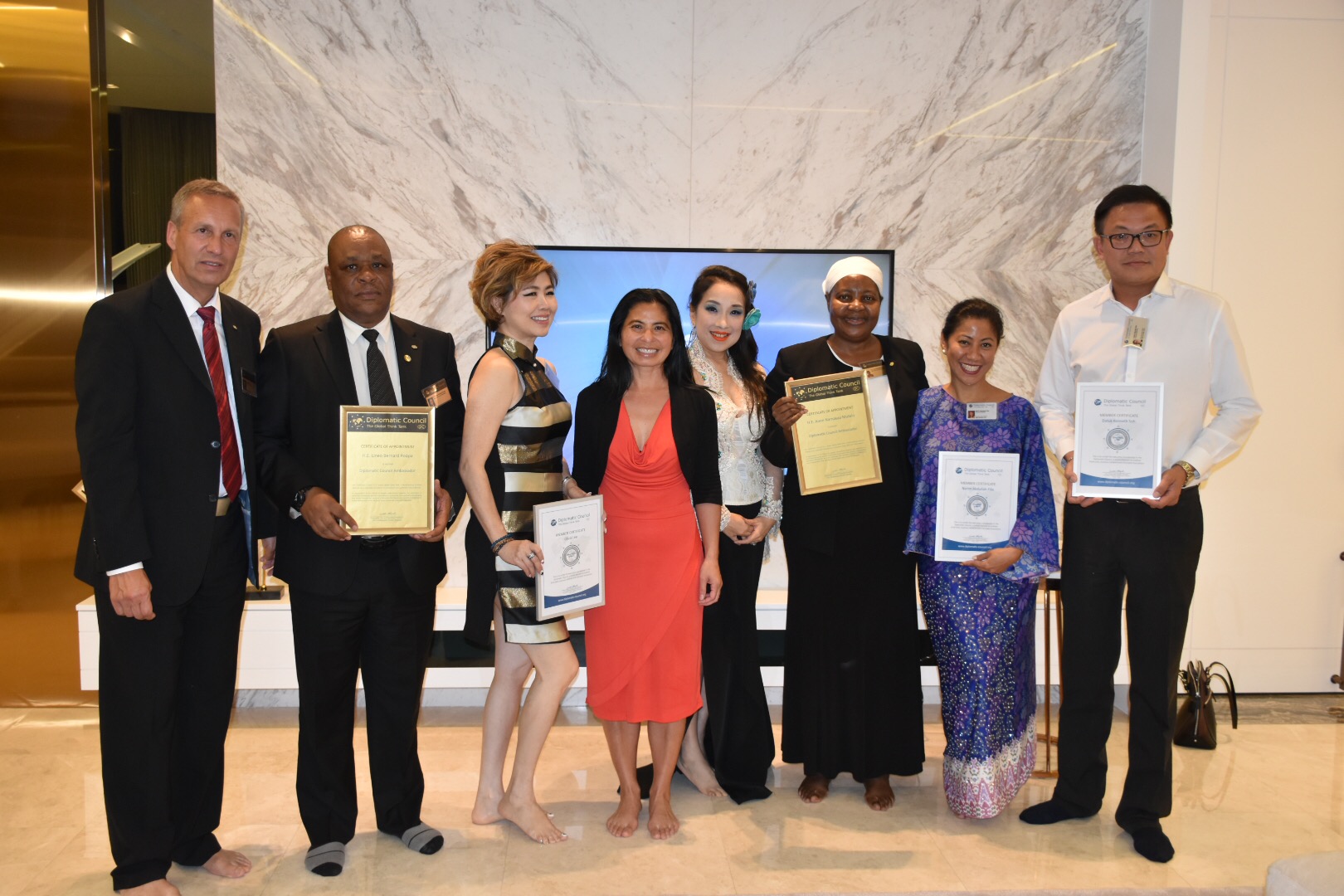 With great success the Diplomatic Council (DC) has launched a new Mission in Malaysia. New Ambassador as well as business members met in a private atmosphere to learn more about the Diplomatic Concil`s global footprint. The Diplomatic Council co-founder and Chairman Andreas Dripke and Secretary General Hang Nguyen travelled from the headquarters in Europe to welcomed the new members and to present the organisation. Each new member received an individualized DC Status Card and a DC Needle of Honor in a festive procedure.

Dato Elaine Teh, Group Executive Chair Lady & Founder of Octopus Global Holdings has been appointed Head of the new Mission in Malaysia`s capital Kuala Lumpur. She is an inspiring entrepreneur running one of the largest F&B businesses of the country and was conferred Dato for her contribution to the society. In 2018, she was crowned as Asia Pacific Queen of Substance to lead the Mrs Asia Pacific on the social responsibility. In her new role she extends her success story of hardwork, passion and commitment to establish and grow the Diplomatic Council in Malaysia

The launch of the new Malaysian mission was supported by Ms Irene Ho, Head of Mission Singapore. Actually Dato Elaine Teh first became a Singapore member and was promoted to her new leadership role after about a year of learning how successful the Singapore mission expands. So in this respect the Singapore Head of Mission Ms Irene Ho has become a role-model for establishing and running a Diplomatic Council Mission  in Asia and beyond.