A strong Europe in a world of challenges 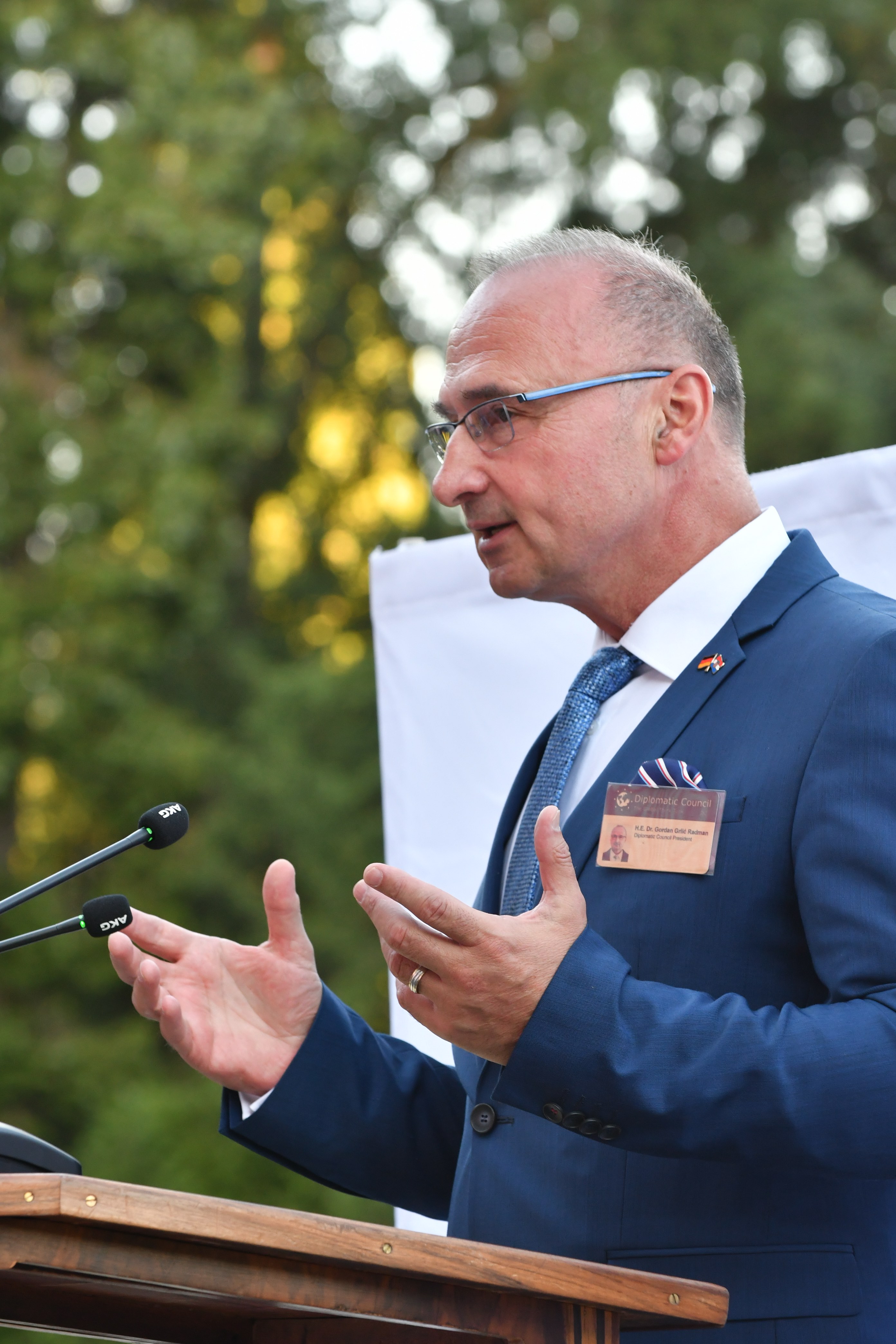 A strong Europe in a world of challenges

Croatian Presidency of the Council of the European Union: A strong Europe in a world of challenges

By H.E. Dr. Gordan Grlić Radman,  Member of the Diplomatic Council Board of of Presidents,  Minister of Foreign and European Affairs of the Republic of Croatia.

This statement was first published by our Diplomatic Council Partner Diplomat Magazine.

Croatia’s Presidency comes at a time of great changes for the European Union; the beginning of a new institutional and legislative cycle following the new multiannual financial framework, as well as the challenges resulting from the United Kingdom’s withdrawal from the European Union, uneven economic development, climate change, increased migrations, dissemination of disinformation and growing populism.

Croatia believes that strong and united Europe is the only answer to the challenges of today’s world. Hence, under the motto “A strong Europe in the world of challenges” Croatia is preparing a presidency agenda based on four priorities.

The first priority of the Croatian Presidency is “Europe that is developing” in a balanced, sustainable and inclusive way. This development includes strengthening competitiveness and skills adjusted to the jobs of the future, promoting balanced regional development while at the same time taking into account the sustainability of that growth, protecting the environment and combating climate change that is becoming one of the Union’s key tasks. Croatia will also encourage horizontal debate on demographic challenges, which is a problem affecting not only Croatia, but also many other Member States.

The second priority is “Europe that connects” in terms of development of transport, energy and digital infrastructure and responding appropriately to all challenges posed by the new technologies and digitalization. In order to achieve full social, economic and territorial cohesion, there is a need for transport, energy and digital infrastructure to be further developed. Croatian Presidency will encourage policies that strengthen infrastructural connectivity of the Union and bring together its citizens, primarily through education, culture and sports.

With the third priority, “Europe that protects”, Croatian Presidency is determined to further establish the Union as an area of freedom, security, and justice founded on common values, democracy and the rule of law. This includes strengthening internal security, protecting freedoms and democracy, ensuring full interoperability of  IT systems, strengthening resilience to external threats and malicious cyber activities, and active work on comprehensive and sustainable migration policy. Croatia is decisive to advocate for a coherent and comprehensive approach to external and internal aspects of migration, including legal migration.

“An influential Europe” is the final priority of the Croatian Presidency. Croatia intends to promote multilateralism and international development while promoting European values and interests as the main point of reference for the Union’s external action. Its credibility in international relations is also reflected in a responsible approach towards its neighborhood, including the Western Balkans in its immediate surroundings.

During Croatia’s Presidency, an EU-Western Balkans Summit will be organized between the leaders of the EU and Southeastern European countries aspiring to become EU Member States. Croatia will advocate for revitalization and strengthening of the EU prospects for Southeast Europe, based on the complete fulfillment of membership criteria.

Croatia’s priorities have been attentively chosen to address the challenges the European Union is facing today. In today’s complex setting, Croatia is confident in taking an important role at the helm of the joint European project in further building a strong Europe in a challenging world. Croatia is dedicated to conducting its Presidency as a mediator and builder of compromise based on shared values and respect for mutual interests between Member States: by enhancing dialogue, promoting consensus, and seeking compromise rather than creating divisions.