A global stage at the Diplomatic Council Gala 2020 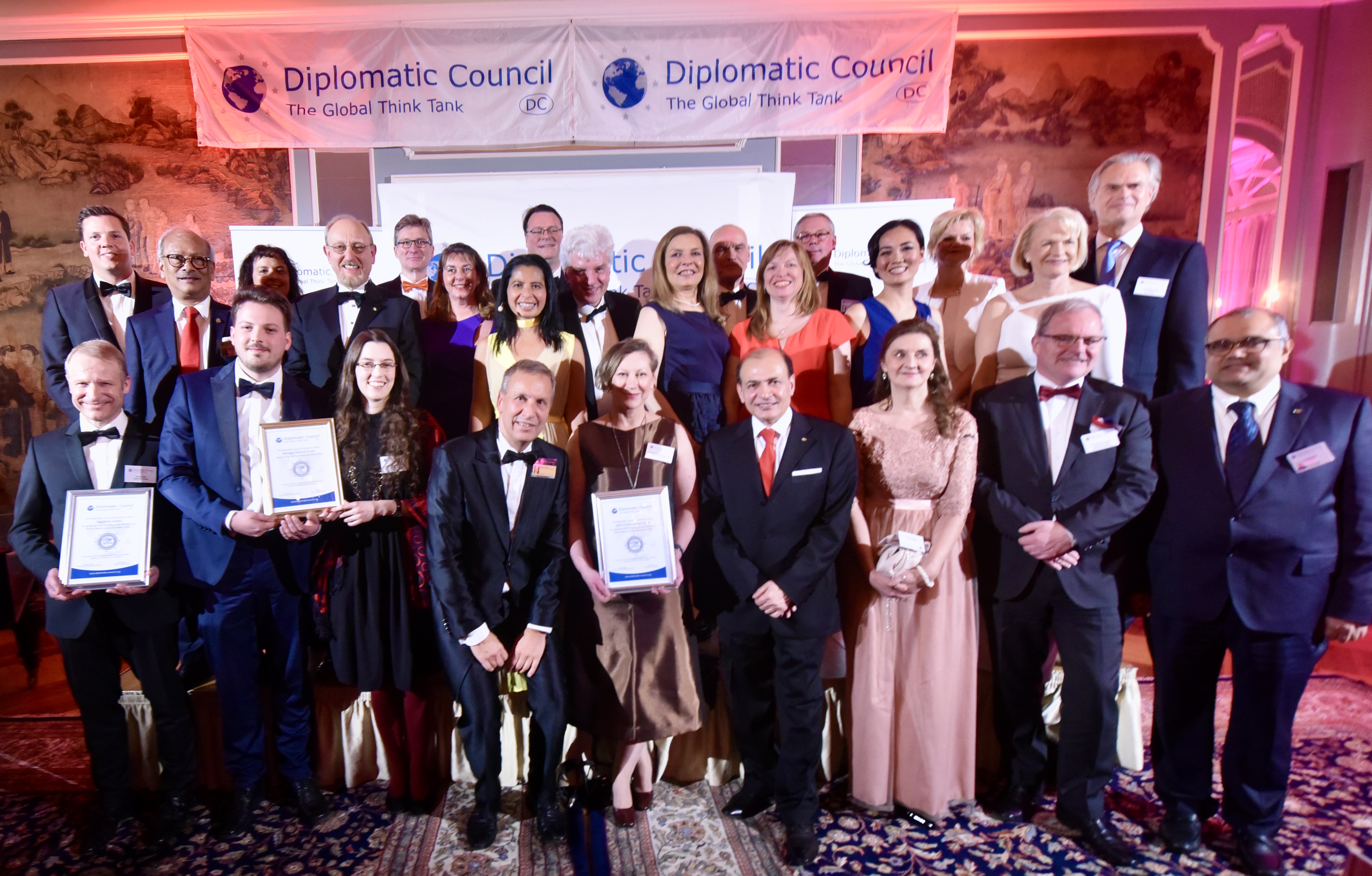 A global stage at the Diplomatic Council Gala 2020

The Diplomatic Council has presented a microcosm of the world at the Gala 2020. Ambassador Dr. Heinrich Kreft, member of the Diplomatic Council Board of Presidents, enthused the audience with his impressive keynote address on world and European politics. In particular, Dr. Heinrich Kreft proposed valuable ideas on the role of the European Union in the world of tomorrow after the painful exit of Great Britain. Already in the afternoon at the Executive Club, leaders and thinkers of the Diplomatic Council discussed earth-shattering events such as the conflict between Iran and the USA, the war in Libya or the coronavirus that has spread fear around the world.

Despite the global issues and concerns, there was such a positive and good atmosphere at the gala which was due to the signal of hope that was sent by our  members. Diplomatic Council Business Ambassador Dr. Thomas Durchlaub and Diplomatic Council Finance Director Dirk Naumann have assumed two educational sponsorships for two orphans in Sri Lanka. Thanks to the donations, these two lucky girls will be able to go to university and study which gives them the chance for a better life. Sponsoring education is an investment in the future because it raises hope that the young people will become responsible leaders one day and give back to society once they have succeeded.

The startup leadership award 2020 was one of the highlights of this year’s gala. The number of companies that have applied for the award was overwhelming and the proposed ideas and ambitious plans show that the startups strongly wish to contribute to shaping our common future. Rehago, winner of the Startup Leadership Award 2020, demonstrates how technology can serve mankind: by means of virtual reality, the Rehago App helps partially paralyzed patients to find their way back into their daily life after a stroke.

The submitted ideas and projects are encouraging and inspiring and cover the following areas: the production of algal biomass, consultancy for the 17 sustainable development goals, smart care services for the elderlies, etc.

„The key to our future lies in the young and educated people with great brains and big hearts”.

Following the official part, there was plenty of time to mix and mingle. The atmosphere at the gala was harmonious and relaxed. New relationships were established and exiting friendships were deepened while members and guests enjoyed the festive buffet and the excellent wines served in the prestigious halls of the Grand Hotel. Once again, the Diplomatic Council gala has become a hub for top-class networking opportunities.