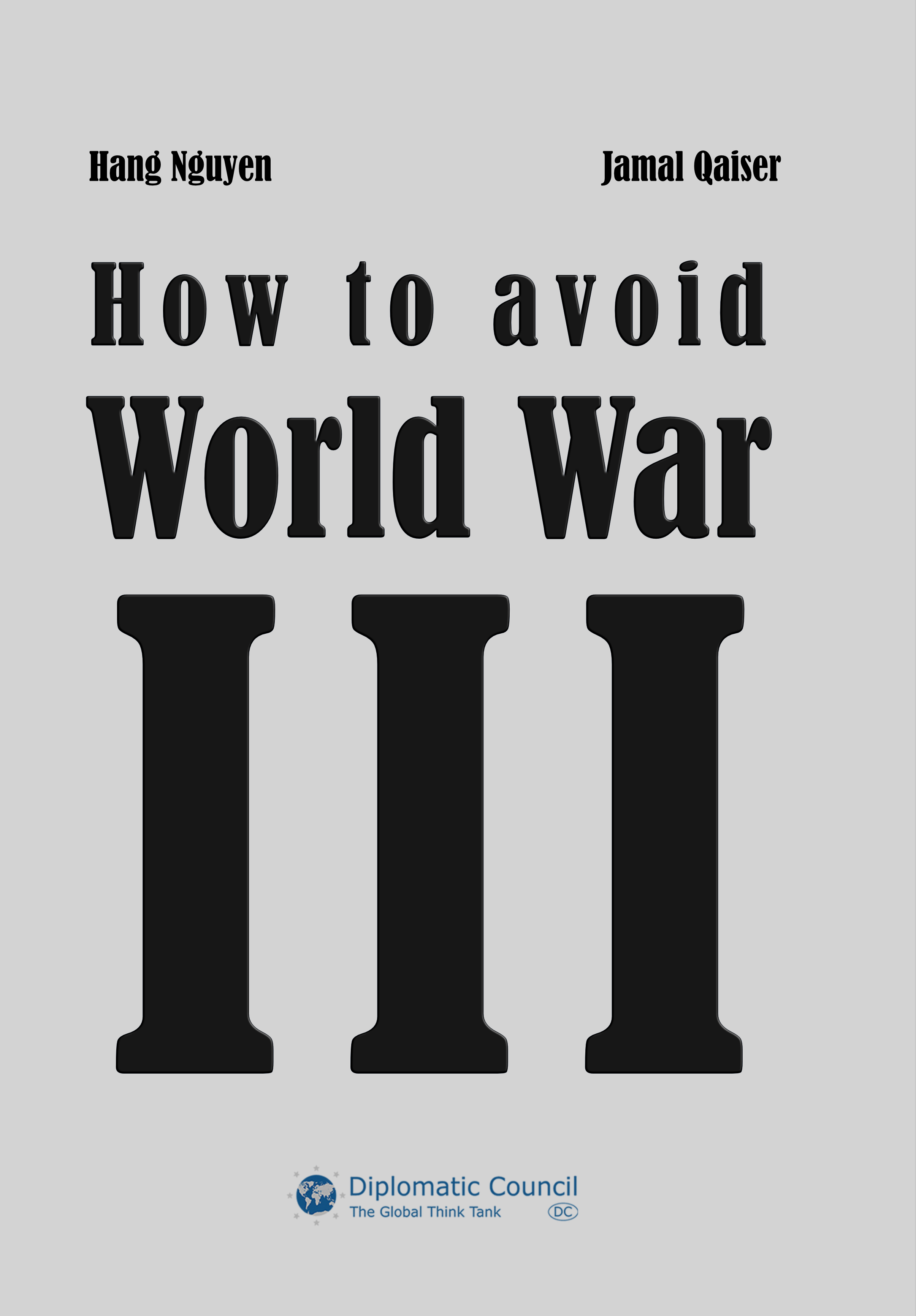 By Hang Nguyen* and Jamal Qaiser**

The speed at which peace is rapidly slipping away from today's world is of great concern to any sensible and aware person. People who consider themselves educated and civilised are reverting to the time when personal egoism and false pride led people to go for each other's throats, and on a communal basis led tribes and dynasties to indulge in barbaric acts.

Today we must conclude: The times of war have not been overcome; on the contrary, they are more acute than ever before. We must see that when governments challenge other governments to achieve their political and economic goals, it is always the poor and peace-loving citizens of those countries who suffer during the ensuing tension. They are caught between the millstones of hunger, poverty and savagery. Where is the fault of those children who do not even understand these arguments about political and economic superiority?

The "small world war" in Syria, the "new world war" in Ukraine, the debacle in Afghanistan and the smouldering "Cold War 2.0" between China and the USA – none of these are good harbingers for our future. Added to this are ever stronger terrorist organisations, new forms of warfare and new war zones. Therefore, it seems almost inevitable that our civilisation is heading for a Third World War. But in fact, such a catastrophe is not inevitable.

Since 1945, the United Nations has been a supranational organisation in which all states have had a voice. The UN still represents a fantastic idea: it is the idea that beyond all national interests there is a global, quasi overlying interest of all states, all citizens and organisations that can be defined and implemented with the help of all participants. The experiences of the past decades have made the weaknesses of the UN abundantly clear, as illustrated in numerous places in this book. This can be attributed to several factors:

Firstly, the UN was born with an inherent flaw in its design through the veto power of the ruling powers. It is as if, in an independent court, the prosecutor or the defendant could simply dispute the verdict and thus render it ineffective – what power would such a court have?

Secondly, the United Nations has unfortunately developed into a kind of monster bureaucracy that seems to take care of really everything but can hardly achieve anything. All attempts to reduce or minimise this bureaucracy through reforms have failed so far.

This is crucially connected to the fact that the UN's utopias for improving the world have become extremely far removed from the political realities in the individual states and from people's everyday lives. The Sustainable Development Goals of 2015 and the Global Compact for Migration of 2018, as well as the far-reaching failure of the UN World Health Organization (WHO) in 2020, when it could have actually made a substantial contribution to saving the entire world, exemplify this disconnect. These events are reminiscent of the philosophical dialogue "De optimo statu rei publicae deque nova insula Utopia" ("A little, true book about how things should be in a state and about the new island Utopia") written in Latin in 1516 by the English statesman Thomas Morus, in which, probably following Plato's dialogue "Timaeus", he describes a fictitious island empire with an "ideal" society, which is considered the birth of social utopia.

The Greek word "utopia" can be translated as "happy place" or as "dystopia", depending on whether one counts oneself among the pessimists or the optimists. Similarly, the assessment of the United Nations is probably more a matter of perception than reality.

But a think tank like the Diplomatic Council cannot and will not abdicate responsibility for peace processes solely to the United Nations. There are key elements to mitigating conflict that, if considered, always steer the way towards peace. These are: These are:

1. Ensure legitimacy both of all participants and of the peace process.

2. Take diplomatic measures to enter or remain in dialogue.

4. Flexibility and willingness to compromise for the sake of peace.

5. Principle of proportionality in all measures.

7. Completely avoid aggression of any kind.

8. Negotiations through dialogue and collaboration.

9. Show responsibility and passion for the solution.

10. All sensationalism is detrimental to success.

Hang Nguyen came to Germany as a child seeking refuge from the Vietnam War. She has experienced first-hand the misery of a war that only broke out because the global powers sought war and the United Nations could not find a way to peace. Today she says about her escape: "I only survived because complete strangers took care of me".

From this experience, she has developed an ardent desire to help other people, as she was once helped. As Secretary General of the Diplomatic Council, she is the face and the heart of the organisation that published this work.

She would like nothing better than a perfectly functioning UN that brings peace to humanity everywhere. But in her work at the Diplomatic Council, she has had to learn that the United Nations still has a long road ahead. This book is their reminder to the world's largest supranational organisation to prevent World War III at all costs.

Jamal Qaiser made his way from teenage market trader to investor and CEO of his private equity firm. In 2010 he started the Advance Management Diploma (Post-Graduation) at the Globe Business College in Munich. In 2013, he began studying "Owner/ President Management" at the renowned Harvard Business School, which he successfully completed in 2016.During that time, he completed the Transition to Leadership Programme at the University of Oxford Said Business School in 2014.

Far beyond his successful academic and business endeavours, Jamal Qaiser is inspired by contributing to world peace. He advises governments, NGOs, humanist organisations, international corporations and, finally, the United Nations in the Diplomatic Council (DC) as DC Commissioner for UN Affairs.

This publication, "How to avoid World War III", is his fourth book on global political developments. His books have won international awards, including the prestigious getAbstract Book Award from a selection of over 10,000 non-fiction books.

In a contribution from the United Nations environment, he was once characterised as follows: "Jamal Qaiser is an extremely bright mind with a clear sense of mission for justice and humanity. He clearly enjoys actively advising people and organisations to bring about positive development. Determination coupled with the right goals of international understanding is his nature".