It is the people who count 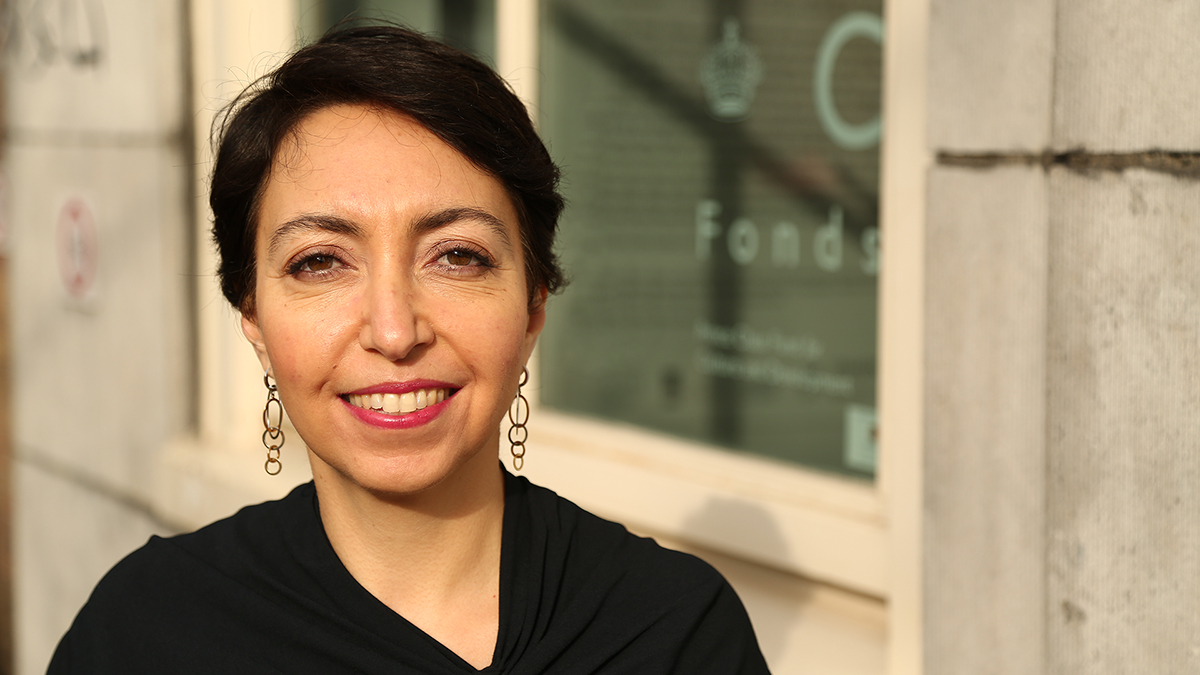 It is the people who count

This statement by Joumana El Zein Khoury, Director of the Prince Claus Fund, is delivered by our Diplomatic Council Partner Diplomat Magazine.

Greetings from the Netherlands. It is midwinter here, so our part of the earth is aimed away from the sun, which means we have long, dark nights.

The darkness I worry about, though, isn’t a matter of seasons and it’s not limited to the Northern Hemisphere. In talking with you, with our partners from all over the world, I hear similar messages: a sense that the world is getting darker. People everywhere are facing challenges: worries about a backlash where we thought there was progress in achieving social justice; the imminent dangers of climate change; campaigns to exclude minorities and migrants. There seems to be a political trend of silencing diverse voices, erecting barriers, looking inward, blaming ‘the other’.

These developments aren’t happening quietly. They are being extensively measured. The world has become obsessed with numbers which are often used to frighten. Disasters are measured in statistics of displaced and dead. Poverty is quantified in numbers of homeless and unemployed. I believe when society is focused on numbers, it is missing the full picture.

We should be flooding the world with their faces and stories. Society needs stories to see beyond the abstractions, prejudices, fears and stereotypes.

Let me just take my own story as an illustration of what I mean: I was born in Lebanon, but my family fled the war when I was a year old, so I grew up and was educated in other countries. I’ve been fortunate to lead a privileged life in which I have absorbed the habits and values – pieces of the cultures – of each place I’ve lived. I’m as blunt as any Dutch native, my intellectual approach is largely French, but I’m completely Lebanese when it comes to hospitality.So how does my story fit into this world of numbers?

You could say that I am one of the world’s 68.5 million displaced people. You could say that I am one of three million migrants living in the Netherlands, or narrow it down to one of the approximately 60,000 Arab immigrants here. But what does that tell you about who I am or what I can contribute?I believe when people and nations are so focused on counting, obsessed with accumulating more wealth but only in concentrated pockets, using money to build walls and bolster already extraordinary military defense, we need to take another path. We need to invest in culture.

Culture enriches in an important way. It amplifies different perspectives and critical voices. It challenges ideas and opens minds. It connects people with each other, with their past and with our collective future. Culture interrogates and influences the established order. It offers possible solutions.

That is what culture can do. That is what you all do. And in that sense you have become radical in our time, daring to be different in your thoughts and actions. You dare, through your work and your support, to show the inescapable human consequences of the numbers. At the Prince Claus Fund, that is the commitment we see in our network, the commitment that we all share.

By actively supporting radical and creative thinkers, the Fund stands behind those who dare to challenge the status quo. Through creative and peaceful means, you change perceptions, raise debates, connect across difference and improve realities. For many of you, that commitment entails great risks. Just one example was the arrest in August of photographer and social activist Shahidul Alam in Bangladesh. It brought an immediate response. The solidarity was breath-taking! Our partners all over the world launched creative protests.

Underlining the global nature of the risks, around the same time, Chinese photographer Lu Guang went missing in China and multi-media artist Tania Bruguera was arrested together with other artists in Cuba. As of this writing, Tania is out of jail, Shahidul is free but his case is still pending and Lu Guang is reportedly still in police custody. The international outcry that threw an uncomfortable spotlight on Bangladesh may not sway all governments. Incidents of repression will continue, but solidarity in culture has been proven strong.

CREATIVITY WILL HAVE TO BE ENDLESSLY ADAPTABLE AS NEW CHALLENGES ARISE

Culture also has to prepare us for the future, and it is important to engage the people who will be most affected. It’s essential to be working with and for young creatives and providing them with the organisational skills they will need to take part confidently in shaping a more inclusive world. Younger artists have the energy, optimism and commitment that will help bring light to this darkness. With them, we are enlarging our circle. Congolese choreographer Faustin Linyekula calls this circle of Prince Claus Fund partners a ‘guerrilla network’, working stealthily for change.

I like that imagery. I see us all as a global movement, but one that works locally. We are not a ‘one size fits all’ response, but a vast network of individuals who reinforce each other in our individual work, who resist pressures to accept divisions and conform to a single story. We are listeners who hear many voices, share many stories. We put ears to the ground and hear the tremors that are coming. Spread all over the globe, we share the belief that culture is essential everywhere to change the world for the better. Artist and architect, co-funder and collaborator, new media wizard and old weavers – we are all part of a movement that we can be proud of.