Advantages of Logistics at the Canaries 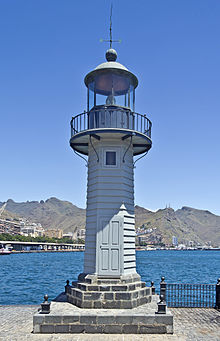 Advantages of Logistics at the Canaries

What are the advantages of transportation and logistics?

Canaries are located in the main sea trade routes with 27 commercial ports, 7.2 million of passengers every year and connections with over 500 ports around the world.

They count with direct connections between Europe/Africa/America with 8 airports, 6 of them are international airports. Very strong links with South and Central America, likewise with Africa countries.

In the case of Puertos de las Palmas the number of TEU (twenty equivalent unit) containers from Aug 2018 to Aug 2019 was of 301.224 teus for loading/discharge.

Regarding Puertos de Santa Cruz they moved 295.818 teus loading and discharge and 986 calls of container vessels during 2018.

Without prejudice of other issues as the risk of a permanent establishment and the tax consequences derived therefrom, the ZEC regime is being used by many large multinational groups with business interests in Africa for many reasons.

On the one hand, because Spain has income tax treaties with 9 African countries. Moreover, because Spain is in the EU and that allows the ZEC entity to claim all the benefits of the applicable EU Directives. Additionally, because the Canaries are well connected with 3 continents (Europe, Africa and America) and do count with the necessary infrastructure. And needless to say, because the Canaries do provide a degree of safety, let alone a standard of living, which cannot be achieved in general in the African continent.

Therefore, the ZEC is a great and suitable option for and it is being used by companies in the business of oil, gas, shipping, mining, etc. as the Canaries provide the aforementioned advantages thanks, in most cases, to its convenient geographical location, especially with the respect to north western Africa.

Additionally to ZEC incentives, the Canaries count with other incentives related to transport. Precisely, there is compensation to maritime and air transport of goods, with origin or destination in the Canary Islands. It consists of lowering the effective cost of maritime and air transport of goods between the Canary Islands, or between them and the peninsula, as well as that incurred between said islands and other territories of the Member States of the European Union and other signatory states of the Agreement on the European economic space.

The regulation that applies is the Royal Decree 170/2009, of February 13, on compensation for maritime transportation and air freight included in Annex I of the Constitutive Treaty of the European Community, with origin or destination in the Canary Islands and the Royal Decree 362/2009 of March 20.

Based on the latest, the types of bonus products as follows :

a) Products originating or processed in the Canary Islands.

b) “Inputs” (raw materials and intermediate products), necessary for production

of the products of the previous section, provided they are not manufactured in the Canary Islands.

c) Petroleum and its derivatives, originating or transformed in the Canary Islands.

Eligible costs. 1. The cost of transporting the goods referred to in Articles 3 to 5 It will include the following concepts:

b) Merchandise handling costs at ports or airports of origin and destination.

c) Port / airport charges applied to goods transported, both in ports / airports of origin as in those of destination.

d) Security fees if any.

The determination of the standard costs for each route will be carried out by the Ministry de Fomento, which will collect the necessary information from the independent operators that act on these routes. The standard costs will be established for the different units of transport commonly used (container, linear trailer meter, ton).

In the event that the transport costs accredited by the applicants of the subsidy were higher than the corresponding fixed rate cost, it will be considered as eligible basis the value resulting from applying the standard cost.

In the event that the budgetary appropriations allocated to the bonuses do not allow to reach the maximum bonus percentages cited in articles 3 a 5, the amount of the bonuses to be granted will be reduced proportionally to adjust them to budget availability.

For instance, the last resolution from 31st of Dec 2018 states the percentages of compensation for the transport of goods made during 2015 and 2016 by the Functional Development Area, which is applicable according to Royal Decree 362 / 2009, of March 20, on compensation for maritime and air transport of goods not included in Annex I of the Constitutive Treaty of the European Community, with origin or destination in the Canary Islands, and set at 70% for transport made in 2015 and 100% for the transports made in 2016.

Dividends paid by ZEC subsidiaries to parent companies resident in another country as well as the interest and other income from transfers to third parties of capital and capital gains from property, obtained without a permanent establishment are exempt from withholding.

The exemption described below shall also apply to incomes from the residents of any state where such incomes are paid by a ZEC company and come from operations materially and effectively carried out within the geographical area of the ZEC.

ZEC entities are exempt from these taxes in the following cases:

Acquisition of goods and rights for the activity development of the ZEC Entity in the geographical area of the ZEC.

Corporate operations done by the ZEC entities, except their dissolution.

Documented legal acts related to transactions of these entities in the geographical area of the ZEC.

In the ZEC the supply of goods and services done within ZEC entities, as well as imports of goods made by them, shall be exempt from taxation by the IGIC. It is similar in nature to VAT, although there are major differences such as the lower tax rates.

Compatibility with other REF tax incentives

According to the limit of the Community Law on accumulation of financial support and under certain conditions, ZEC tax advantages are compatible with other REF tax incentives like the Reserve for Investment (RIC), the regime of deductions for investments and the tax-free areas.

For those companies looking for introducing their product into Europe, the ZEC regime is the ideal entry by using the “made in Spain” as a way to differentiate.

What are the budgets or benefits from cooperation?

Data between January and July 2019:

In the specific case of the investment, the amounts committed between one year and another - even with the second still incomplete - have multiplied almost tenfold.

The data indicate that in the authorized projects the external factor has been gaining presence. 62% of the companies are of international capital, while in 13% it is mixed and in 25% only local. The figures that reflect the investment are even more revealing: just over 97% comes from foreign firms, 2% from alliances between international and local companies and only 0.4% corresponds to one hundred percent local capital.

Among the projects that have received this year the initial authorization to take advantage of the ZEC and enjoy its benefits include, by volume of investment, two: an application for the control and management of vehicle parts that will allow to offer a database to the mechanical workshops, with around 900 million euros; and a wind power installations company in the sea -offshore-, which expects to invest some 800 million.

The 4% Corporate Income tax is unlimited as long as the ZEC entity has been approved.

Compare with other island projects, what are the competitive advantages?

We compete with the other outermost regions, but really the closest are regimes such as Madeira, which is similar. But there is a big difference in the economic capacity of the Canary Islands compared to that of Madeira, which has not been very serious and rigorous with the conditions of its regime. And the great attraction of the Canary Islands is not only the fiscal issue, it only helps them to look at us and gives the final boost.

The Canary Islands offers investors "all the advantages of Europe only 90 kilometers from Africa". In addition to human capital, formed in public centers, it also has a public infrastructure network comparable to that of any European country. This incomparable fiscal environment has attracted the attention of a good number of companies.

The ZEC limits its tax advantages to sectors that are not implemented in the Canary Islands, with the objective of diversifying the economy. For example, companies engaged in financial and insurance activities, tourism, construction or retail cannot benefit from the low taxation of the ZEC.

What is the specific requirement for the investors and partners?

ZEC Entities are subject to the Corporate Income Tax in force in Spain, at the reduced rate of 4%. This special rate will apply to a maximum amount of the income tax, depending on the number of jobs created

What are the pre-settings and how to do in practice

Pre settings as stated above in terms of jobs and investment.

Memory: including a description of the economic activities to develop, proof of the viability of the business project: income statement, pension balance sheet with a

Photocopy of applicants identification documents and of the representative (if applicable)

The economic activities under the ZEC umbrella are not limited to industrial companies but expands to are many types of services.