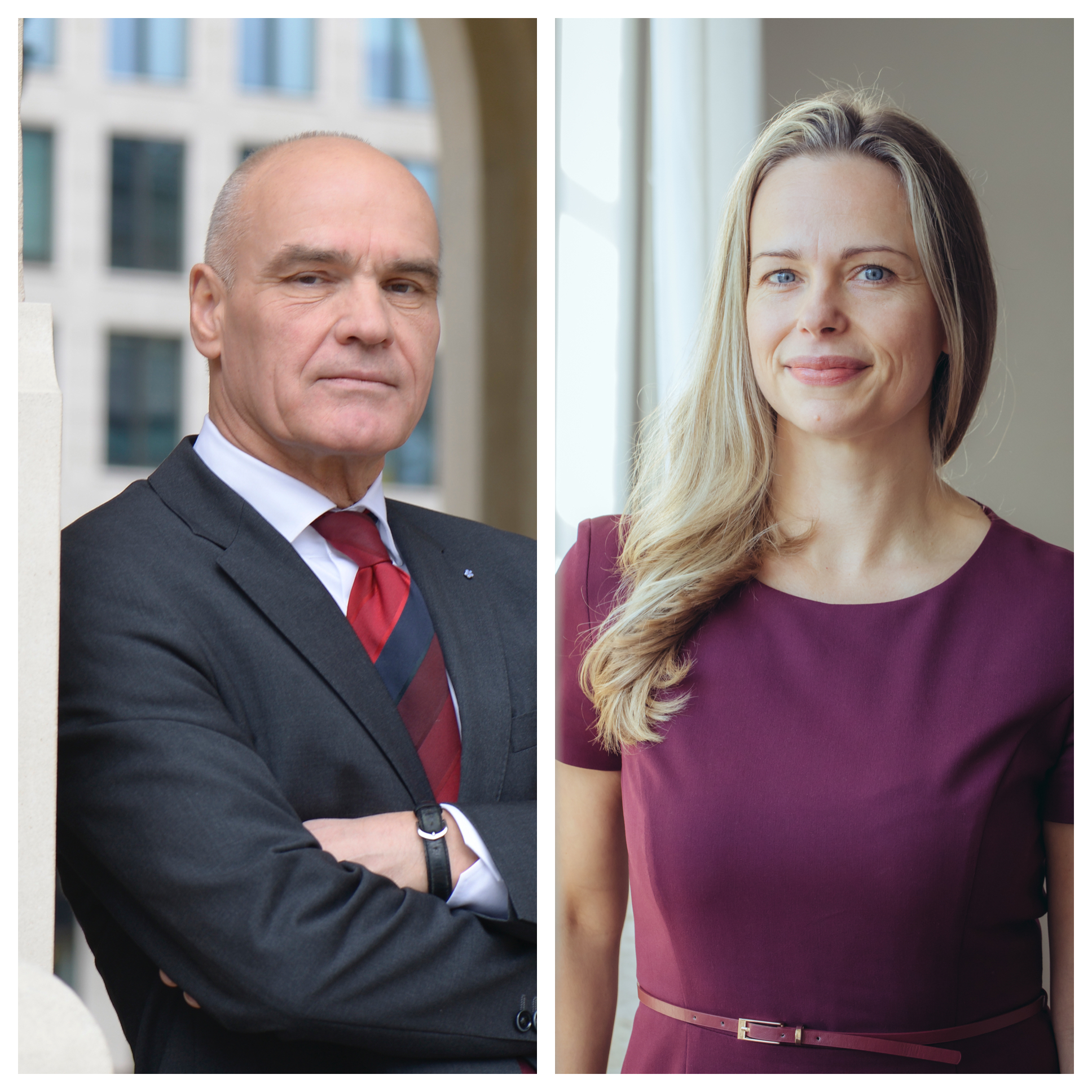 Digital Transformation, what it is

When we try to define the term "digital transformation", we encounter such exciting explanations as "Digital transformation marks a radical rethinking of how an organization uses technology, people and processes to radically change business performance". (George Westerman, MIT Principal Research Scientist and author in Leading Digital: Turning Technology Into Business Transformation).

Frequently, no less is required than reinventing the business and finding new sources of revenue.

Are such bold statements helpful? Hmmm, not really. Rather, they lead to a kind of digital confusion. Perhaps one of the reasons for frequent failure of large-scale digital transformation programs, as the management consulting firm McKinsey documented them a year ago, lies in such exaggerated expectations of a digital world revolution lying straight ahead.

In most cases, change comes in a more modest guise. Rarely the total business model will be altered in a single step big bang approach. A step-by-step digitization indeed is far more common. In the medium term, however, the result does not necessarily have to be less radical.

But what precisely is a digital transformation? Well, first of all it's a transformation, of an entire company or at least major part of it. So, the company is being transformed from an initial state A today to state B in the future, using digital technology, or information technology (IT) for short. The company will be transferred from an initial state A to a future state B and hereby fundamentally changed during this transition, i.e. transformed. This transition in order to be transformative will change the very nature to the corporation.

Automating corporate processes through the use of a new technology is actually not a new idea. The approach is by no means revolutionary. We used to do that 50 or 30 years ago. Back then it was simply called automation. Ultimately, the entire industrial revolution is based on some kind of automation. So, what has changed in the meantime? Why are we no longer talking about automation, but about digital transformation?

Well, our technical capabilities have evolved considerably during these years. This has happened slowly and imperceptibly for most of us. Until a clever mind had realized it that meanwhile, for example at 5 to 10 years intervals, so much change had accumulated that it was worth thinking about how to turn the technological progress into competitive advantage. So, from time to time there was this magical moment when the famous transition of quantity into quality occurred. During that time mechanical automation was first augmented and increasingly replace by IT driven automation, for which we coined the fancy term digitization.

How automation changes the organisation

If we consider the organization of a classic industrial company from the beginnings of the ground-breaking works of the pioneers of "scientific management", Frederick Winslow Taylor for example, to the present day, it resembles a pyramid: many workers at the base and a few top managers at the top. In between the much derided middle management is positioned, an organisational layer commonly denounced to resist change and to generally impede the corporations progress .

Usually we started with automation at the lower end of this pyramid, where most functions of the in Anthony's functional enterprise model are located and hence the bulk of workforce was affected.

If we follow a simplified world view consisting of only four quadrants, spanned by the two dimensions: up & down and simple & complicated (not to be confused with complex), then the development of the automation of business processes took and takes the following course:

Simple, operational processes – They were the subject of "classical" automation. The guiding fossil of this epoch is the assembly line. Although the entire process was made more efficient, it was by no means fully automated. On the contrary, as Gary Hamel aptly describes it in his farsighted book "The Future of Management", we have rigorously clocked people through the steps of the production process still left to them, such as in the production of the Volkswagen Beetle in the 1960s. By this, we were making man compatible to the automated process, reducing him to the simplest, almost endlessly repetitive, monotonous steps. We had turned man into an integral part of the machine. The machine controlled the entire process.

Simple, administrative processes – Initially, they were only partially accessible to automation. We take care of them today, with the appropriate technology at our disposal. In bookkeeping, operational cost accounting, account management, calculation of interest, annuities, residual purchase values calculating machines of all kinds provided valuable help at an early stage by taking over error-prone and / or computations-heavy steps of the overall process. As a rule of thumb, the overall process still is in human hands today.

Complicated, operational processes – In the past their automation was too difficult, too expensive. For apparently simple decisions, they required partial world knowledge that could not be precisely specified. We are only able to take on these processes today with the advance of artificial intelligence. It will take a few years, perhaps decades, until we can achieve something like full coverage. A good example is the challenge of creating self-driving vehicles: in theory it should be an easy to solve task. However, it is not yet really solved today – at least not safely and reliably under every day conditions.

Complicated, administrative processes – This is where the realm of utopia begins. These are processes that require a lot of knowledge, logical reasoning and the application of heuristics, intelligence. And if we want to automate them, we need to replace human intelligence by artificial intelligence in at least one of its various, diverse varieties. Where today lawyers, doctors, risk managers, compliance experts, auditors, but also programmers, testers, engineers, ... have their domain, justly earned by long and costly education, “tomorrow” robots and software systems may take over the job. We yet just don't know when this tomorrow will be.

So, when we talk about the "today" of the digital transformation of entire companies, it is about the completion of automation in the 2nd and 3rd quadrants and the first selected automation steps in the 4th quadrant.

How is all this related to corporate culture? We'll get to that in a moment. Let's first take a brief intermediate consideration.

What effect does it have on the company's organization if automation eats its way through the company from bottom to top and from simple too complicated? There are, of course, other driving forces, such as saturated markets, that require increasing diversification of the product portfolio, which in turn require organizational change. But here we will focus on the effects of automation. What now happens when we cut chunks from the broad base of the pyramid?

Just as the workers had to be assigned to a task, supervised and assessed, so the deserted factory work floor still needs a certain management - but a completely different one. It is true that machines do not make any mistakes in their predetermined function. If, however, rarely occurring systematic errors or failure due to unanticipated attrition interrupt the operation, the human buffer is missing too. Then there will be no one down there to regulate smaller or bigger problems on the working level by "common sense". Due to this missing human buffer it makes sense to first simulate the overall behaviour of entire production lines in the model, including the effect of arbitrary perturbations. It is imperative to continuously compare the behaviour of the real production environment with that of the model and subject it to a continuous improvement process: it all starts with a model.

It might be already intuitive that a different type of leadership is required for such organisations. There is no longer the assertive manager sitting at a literally elevated spot, having the factory floor in view through a windowpane, who "encourages" the X-type of the worker with more or less external compulsion to perform process-compliant work. Instead, in addition to incident management, optimization and regular renewal, change turns out to be the major task. The skill requirements for “managers” here are different from those before. Less yet better skilled and specialized personnel is needed, a direct communication that no longer runs “ballistically” up via several hierarchy levels and down again just to reach neighbouring organizational units.

The pyramid becomes a diamond, the middle management layer morphs into an expert pool. Here different communication lines are used, on which communication also differently too. Needless to say, experts are managed differently as well, since their respective superiors can no longer necessarily be expected to be ahead of them in terms of technical knowledge. They need to be of a different type, they deal with each other differently, they derive their self-confidence from different sources, and they bear different responsibilities.

Yes, that's culture - the way we deal with each other. And that is what inevitably changes during that kind of transformation.

A different Culture, as we deal with each other differently

So, because an initially solely technically transformed company requires a different organizational structure, wherein we work differently and deal with each other differently, our corporate culture inevitably changes - whether we like it or not.

So even if nothing is done to consciously change the corporate culture, change will occur in medium term even without intervention of top management, because the reality that determines culture meanwhile has become a different one. In this case however we will no longer necessarily hold the key to the outcome of the culture change in our own hands.